Three the Hard Way by C.J. Hudson
After beating the rap on a murder charge when the star witness is murdered, Jasmine Turner can now go back to her job as a crook. As the leader of the Get Money Bitches, she and her crew of thuggettes do whatever it takes to get paid, but a problem arises when a member of her crew becomes involved with a mysterious woman.

Twisted Loyalty by Kai
Tandra is a professional cleaner hired by the lords of the city’s underbelly to clean crime scenes and eliminate evidence, including eyewitnesses. When her employee has a slipup and divulges the details of a murder scene, it jeopardizes not only Tandra’s life, but the lives of everyone involved.

Sibella’s Revenge by Nyah
At the height of their reign of power, Sibella’s twin brother, Sin, is brutally murdered. It sends her on a vengeful mission, but what she discovers along the way sends her rushing back to the Queen of Death City to confront his betrayer and take back her streets.

Chasers by N’Tyse
When a carefully planned lick goes awry, best friends Shinette and Tierra walk away from the scene cold-blooded murderers! Unsettled over the mess they’re in, Tierra confides in her boyfriend, hoping it will somehow bring her comfort. Little does she know, it could be the biggest mistake of her life. 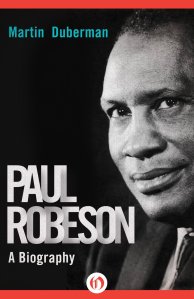 Born the son of an ex-slave in New Jersey in 1898, Paul Robeson, endowed with multiple gifts, seemed destined for fame. In his youth, he was as tenacious in the classroom as he was on the football field. After graduating from Rutgers with high honors, he went on to earn a law degree at Columbia. Soon after, he began a stage and film career that made him one of the country’s most celebrated figures.

But it was not to last. Robeson became increasingly vocal about defending black civil rights and criticizing Western imperialism, and his radical views ran counter to the country’s evermore conservative posture. During the McCarthy period, Robeson’s passport was lifted, he was denounced as a traitor, and his career was destroyed. Yet he refused to bow. His powerful and tragic story is emblematic of the major themes of twentieth-century history.

Martin Duberman’s exhaustive biography is the result of years of research and interviews, and paints a portrait worthy of its incredible subject and his improbable story. Duberman uses primary documents to take us deep into Robeson’s life, giving Robeson the due that he so richly deserves. 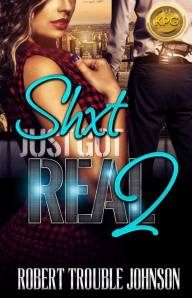 Shxt Just Got Real 2 by:Robert ‘Trouble’ Johnson
Jux and Karen, the modern day Bonnie & Clyde are back and still blazing a path down the east coast! Their situation keeps going from one extreme to the next as they encounter obstacles in their pursuit of freedom and love.

Detective Reed and Sergeant Rucker have teamed up with Special Agent John Cross of the FBI and they’ll stop at nothing in their task to bring down the elusive duo. They’ll use every resource at hand to aid them in their man hunt of the couple, but Jux and Karen prove to be more cunning than anyone could have imaged.

Now that they’ve garnered attention from the FBI and the national media, will they finally find what they are looking for?

A fast-paced, drama-filled, emotional journey with Jux and Karen that will keep you on the edge of your seat and your pages turning! Hold on tight…