Countless books on success tell you what you need to get that you don’t already possess. In Act Like a Success, Think Like a Success, Steve Harvey tells you how to achieve your dreams using the gift you already have. Every one of us was born with a gift endowed by our creator—something you do the best at with very little effort. While it can be like someone else’s, your gift is yours alone. No one can take it away. You are the only one who can use it—or waste it.

Steve shows how that gift holds your greatest chance at success, and the fulfillment of your life’s mission and purpose. He helps you learn to define your gift—whether it’s being a problem solver, a people-connector, a whiz with numbers, or having an eye for colors. He makes clear that your job is not your gift; you may use it in your work, but it can also be used in your marriage or relationship, your community, and throughout every aspect of your life. Throughout, he provides a set of principles that will help you direct your gift. “The scriptures say your gift will make room for you and put you in the presence of great men,” Steve reminds us. This book is your roadmap to identifying your gift, acknowledging it, perfecting it, connecting it to a vehicle, and riding it to success. Because Success is the gift you already have.”

Funny yet firm, told in Steve’s warm and insightful voice, and peppered with anecdotes from his own life, practical advice, and truthful insights, this essential guide can help you transform your life and achieve everything you were born to.

What I Know For Sure by: Oprah Winfrey
After film critic Gene Siskel asked her, “What do you know for sure?” Oprah Winfrey began writing the “What I Know For Sure” column in O, The Oprah Magazine. Saying that the question offered her a way to take “stock of her life,” Oprah has penned one column a month over the last fourteen years, years in which she retired The Oprah Winfrey Show (the highest-rated program of its kind in history), launched her own television network, became America’s only black billionaire, was awarded an honorary degree from Harvard University and the Presidential Medal of Freedom, watched friends and colleagues come and go, lost beloved pets and adopted new ones, and celebrated milestone birthdays. Throughout it all, she’s continued to offer her profound and inspiring words of wisdom in her “What I Know For Sure” column in O, The Oprah Magazine.Now, for the first time, these thoughtful gems have been revised, updated, and collected in What I Know For Sure, a beautiful book packed with insight and revelation from Oprah Winfrey. Organized by theme—joy, resilience, connection, gratitude, possibility, awe, clarity, and power—these essays offer a rare and powerful glimpse into the mind of one of the world’s most extraordinary women. Candid, moving, exhilarating, uplifting, and dynamic, the words Oprah shares in What I Know For Sure shimmer with the sort of wisdom and truth that readers will turn to again and again. 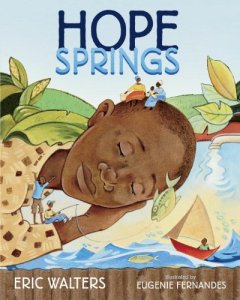 A drought has settled in the area around the orphanage where Boniface lives. There are long line-ups at the tiny spring where all the local people get their water, and suddenly the orphans are pushed to the back of the line, unwelcome. Boniface’s houseparent, Henry, tells him that the people were mean out of fear–they feared there would not be enough water for their families. When the building of the orphanage’s well is completed, Boniface has an idea to help the villagers. A lovely story of kindness and heart, this story shows that, through compassion and understanding, true generosity can spring from unexpected places. 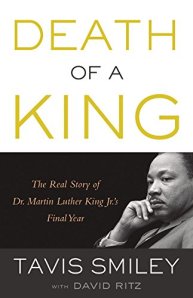 Death of A King by: Tavis Smiley
A revealing and dramatic chronicle of the twelve months leading up to Dr. Martin Luther King, Jr.’s assassination

Martin Luther King, Jr. died in one of the most shocking assassinations the world has known, but little is remembered about the life he led in his final year. New York Times bestselling author and award-winning broadcaster Tavis Smiley recounts the final 365 days of King’s life, revealing the minister’s trials and tribulations — denunciations by the press, rejection from the president, dismissal by the country’s black middle class and militants, assaults on his character, ideology, and political tactics, to name a few — all of which he had to rise above in order to lead and address the racism, poverty, and militarism that threatened to destroy our democracy.

Smiley’s DEATH OF A KING paints a portrait of a leader and visionary in a narrative different from all that have come before. Here is an exceptional glimpse into King’s life — one that adds both nuance and gravitas to his legacy as an American hero.