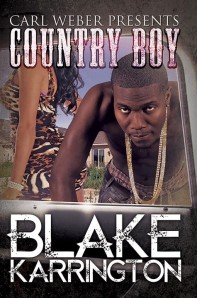 Country Boy is a fast-paced, action-packed urban drama set in the Dirty South. The story takes you away from the bright lights of the big cities, where drug deals take place on city blocks and street corners, to the backwoods, dirt roads, and trap houses of the South.

Q, a well-known and respected hustler faces all the problems that come with the life. Torn between Van, a childhood love who has been down from day one, and Tee, the well-educated and upscale woman he believes he needs. He wishes that all he had to worry about was the law.

Follow Q and his close knit team of hustlers through all their trials and tribulations, as they go from dirt broke to trap stars. It’s going down in the Dirty. If you don’t know, you better ask somebody.