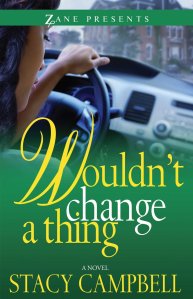 Wouldn’t Change A Thing by: Stacy Campbell
One woman’s seemingly perfect life is upended when her biggest secret—her mother is paranoid schizophrenic—becomes front-page news. With a penchant for lying, how can she turn her life around after so much deception?

Antoinette “Toni” Williams is beyond cloud nine. A successful architect, she is set to marry the love of her life, Lamonte Dunlap, Jr. But on the morning of her engagement party, Toni’s world comes crashing down when her family’s long-held secret of mental illness is exposed on the front page of the Atlanta Journal-Constitution.

Friends scatter, contracts dry up, and Toni is forced to face the truth about her shattered family. Lamonte assures her he will stick by her side, but Toni is embarrassed and ashamed. The only thing to do, she decides, is to return to her hometown of Sparta, Georgia, to face her inner demons—and her institutionalized mother—that she’s spent twenty-three years avoiding.As she reconnects with family and townsfolk, Toni learns you can always go home; the question is, what will you find when you get there?

A provocative and heartbreaking tale of family, illness, deception, and love, Wouldn’t Change a Thing explores the ties that bind and one woman’s harrowing and ultimately redemptive journey back home.
Release: 7/14/15
Click the Cover to Purchase. 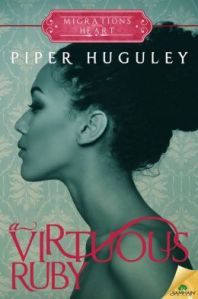 A Virtuous Ruby by: Piper Huguley
An unexpected love in a small, Southern town.

Migrations of the Heart, Book 1

After fifteen months of hiding from the shame of bearing an illegitimate child, two words drive Ruby Bledsoe to face the good citizens of Winslow, Georgia. Never again. She vows to speak out against injustice. For her sisters. For her parents. For her infant son, Solomon.

When she comes to help an injured mill worker, she bristles when a tall, handsome man claiming to be a doctor brushes her aside. Despite his arrogance, Ruby senses he’s someone like her, whose light skin doesn’t quite hide who he is.

Up north, Dr. Adam Morson easily kept his mixed race a secret. Now that he’s in Georgia, summoned by his white father, he can feel restrictions closing in around him.

Something powerful draws him to the beauty whose activist spirit is as fiery as her name. And soon, Adam wants nothing more than to take Ruby and her child far from Georgia’s toxic prejudice. But Ruby must choose between seeking her own happiness and staying to fight for the soul of her hometown.

Warning: Contains a doctor learning there’s more to healing his patients than stitching a wound, and more to a woman than knowing her place—and it’s not in the shadows with her head down. Sorry, Buckeye fans, this hero’s a Wolverine—but we won’t hold that against him.
Release: 7/14/15
Click the Cover to Purchase. 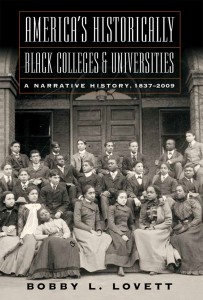 America’s Historically Black Colleges and Universities: A Narrative History, 1837-2009 by:Bobby L. Lovett
This narrative provides a comprehensive history of America’s Historically Black Colleges and Universities (HBCUs). The book concludes that race, the Civil Rights movements, and black and white philanthropy had much affect on the development of these minority institutions. Northern white philanthropy had much to do with the start and maintenance of the nation’s HBCUs from 1837 into the 1940s. Even from 1950 to 1970, HBCUs depended upon financial support of philanthropic groups, benevolent societies, and federal and state government agencies, but the survival of HBCUs became dependent mostly on their own creative responses to the changing environment of higher education and have helped to shape our culture and society.
Release: 7/14/15
Click the Cover to Purchase. 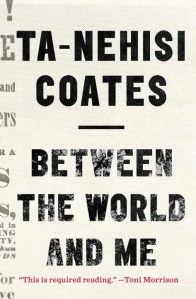 Between the World and Me by: Ta-Nehisi Coates
For Ta-Nehisi Coates, history has always been personal. At every stage of his life, he’s sought in his explorations of history answers to the mysteries that surrounded him—most urgently, the mystery of race, an abstract concept that put the safety of him and the people he loved the most, including his son, in constant jeopardy. Here, Coates takes readers along on his journey through America’s history of race and its contemporary resonances through a series of awakenings—moments when he discovered some new truth about our long, tangled history of race, whether through his myth-busting professors at Howard University, a trip to a Civil War battlefield, a journey to Chicago’s South Side to visit aging survivors of 20th century America’s “long war on black people,” or a visit with the mother of a beloved friend who was shot down by the police. In his trademark style—a mix of lyrical personal narrative, reimagined history, essayistic argument, and reportage—Coates provides readers a thrillingly illuminating new framework for understanding race: its history, our contemporary dilemma, and where we go from here.
Release: 7/14/15
Click the Cover to Purchase.