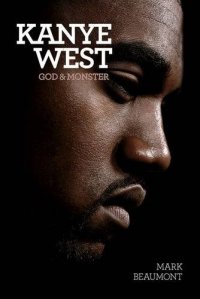 Kanye West is undoubtedly one of pop culture’s most divisive and fascinating characters. Alongside his multimillion selling albums, Kanye has also launched record labels and clothing lines and in the process, become one of the most respected, creative and influential artists in music today.

The most in-depth look at West’s life and career to date, Mark Beaumont’s new book lifts the mask to expose the man behind the endless myths. Featuring quotes from all of the major players in West’s life, Kanye West: God and Monster traces his life from the suburbs of Chicago through art school and rap apprenticeships to recording in the coolest studios of New York and Hawaii with the biggest names in music, revolutionizing hip-hop at every step of the way. Beaumont documents every rumor and revelation, details the wildest extravagances and biggest ego blow-ups of this true rap original.
Release:8/18/15
Click here to purchase.

For six decades the Till story has continued to haunt the South as the lingering injustice of Till’s murder and the aftermath altered many lives. Fifty years after the murder, renewed interest in the case led the Justice Department to open an investigation into identifying and possibly prosecuting accomplices of the two men originally tried. Between 2004 and 2005, the Federal Bureau of Investigation conducted the first real probe into the killing and turned up important information that had been lost for decades.

This book will stand as the definitive work on Emmett Till for years to come. Incorporating much new information, the book demonstrates how the Emmett Till murder exemplifies the Jim Crow South at its nadir. The author accessed a wealth of new evidence. Anderson has made a dozen trips to Mississippi and Chicago to conduct research and interview witnesses and reporters who covered the trial. In Emmett Till Anderson corrects the historical record and presents this critical saga in its entirety.
Release:8/18/15
Click here to purchase. 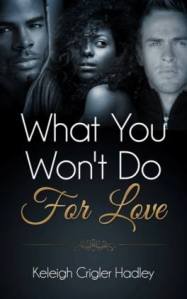 What You Won’t Do for Love by: Keleigh Crigler Hadley
Eden Price, an unlucky-in-love nurse finds herself in the midst of a heated love triangle. Globe-trotting missionary, Gabe Clark ignites her soul. Who doesn’t want a man with a connection to God? Hard-working, Nemo Gates speaks to her heart. His past has caused a rift between him and God and Eden wants to help him heal.

She ultimately chooses the man that makes her passions come alive but did she make the right choice? Eden’s marriage is blissful and the newlyweds are happy, when her husband stuns her with a desperate plea; to prove her love for him in the most unthinkable way – to help him die with dignity. What would you do for the love of your life?
Release: 8/18/15
Click here to purchase. 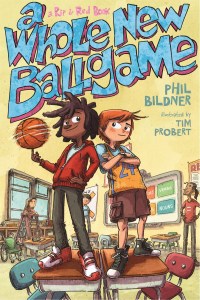 Rip and Red are best friends whose fifth-grade year is nothing like what they expected. They have a crazy new teacher named Mr. Acevedo who doesn’t believe in tests or homework and likes off-the-wall projects, the more “off” the better. They also find themselves with a new basketball coach: Mr. Acevedo! Now Rip is knocked completely out of his comfort zone, and for Red, who has autism, the changes are even more of a struggle. But the boys are a great team who know how to help each other and find ways to make a difference in the classroom and on the court.
Release:8/18/15
Click here to purchase. 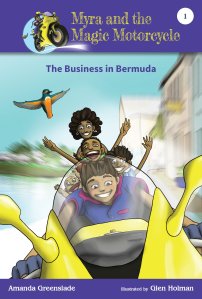 Myra and the Magic Motorcycle by:Amanda Greenslade
When an eight-year-old Australian girl, named Myra, finds a shining yellow motorcycle in the shed, she doesn’t expect it to actually work. It has strange buttons on the display and something like an eyebrow on the headlight. There is a key in the ignition! Along with her pet bird, Diver, Myra finds herself on an exciting adventure across the other side of the Earth. The magic motorcycle takes her to new places and she is able to meet some people who really need her help. Turn the key and rev the throttle. You’re about to go on the adventure of a lifetime with Myra and the Magic Motorcycle. This full colour book for kids aged 5-7 is great for enhancing your discussions and studies about society and the world. It is also a reader for confident book readers aged 7+
Release: 8/20/15
Click here to purchase.

Coffee Will Make You Black by:April Sinclair
An African American girl comes of age during the civil rights movement in April Sinclair’s hilarious, insightful novel that was named Book of the Year (Young Adult Fiction) for 1994 by the American Library Association.

Jean “Stevie” Stevenson lives in Chicago’s South Side, a neighborhood that acutely feels the social changes of the 1960s. Curious and witty, bold but naïve, Stevie ponders questions such as what makes good hair, and which skin shade is better in light of “Black Is Beautiful.” Amid the War on Poverty, the assassination of Martin Luther King Jr., race riots, and the Black Power movement, Stevie grows into a socially aware young adult with a burgeoning sexuality and pride in her identity. Learning as much from her mother’s strictness, her father’s steady encouragement, and her grandmother’s strength as she does from her wild friend Carla and her white teacher Nurse Horne, Stevie makes the sometimes harrowing, often hilarious, always enthralling journey into adulthood.
Release:8/18/15
Click here to purchase.