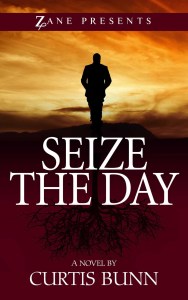 The Power of Prayer

When the time came to get some spiritual, Godly advice, I called on the Reverend Davis Henson. He was the pastor of a mid-sized church called New Covenant Baptist in Southeast, D.C. I refused to try the leader of one of those mega-churches with five layers of people to go through before you got to meet with the pastor, who sat on high, like that Creflo Dollar guy in Atlanta who asked his followers to pay for a $65 million private jet. The nerve of some so-called religious leaders. . .

I chose Rev. Henson because during each of my four visits to his church, he never asked for a love offering or new building fund offering or a fuel my private helicopter offering. They passed around the plate, but there was none of the guilt that some churches tried to make you feel about not contributing your electricity bill money to their cause. Rev. Henson seemed to be committed to offering the Word and helping people, as best I could tell.

“Brother Calvin, the note says you had an urgent need to speak with me, so I made sure we scheduled this right away. How are you?”

“Pastor, thank you for your time. I know you’re busy. I’m here because I went to the doctor and I got some bad news. . . I’m going to die. Terminal cancer.”

I kept my eyes on Rev. Henson; I wanted to see if he would flinch. He didn’t. He said, “Let’s pray.”

I was not expecting that. I was expecting, “Oh, I’m sorry to hear that, brother,” or something to indicate sorrow. But he called on the Lord. We bowed our heads.

“Father God, our brother Calvin has been told he will receive his wings soon. That’s what the doctors say. We know that You control all things. And as believers in You, there is no fear now. There is only faith that whether his days number one or one thousand that they be lived out in God’s will. We pray that You cover Brother Calvin in strength and courage and that he honors You and honors himself as he walks in his daily life, looking ahead to glorification and nothing else. In the precious name of Jesus, we pray, Amen.”

I was impressed. To utter that prayer with no warning was amazing. I felt his anointing. When he was done, all I could say was, “Amen.”

“Well, we already did one of the most important things, which is pray. I guess the other thing I’m trying to do is make sense of this. How did this happen to me? Why?”

“Is that really the question to ask?” he said. “I have a question for you: Why not you?”

Again, he stunned me. “Why not me? Because I want to live.”

“Then live,” he said without hesitation.

We looked at each other a few seconds. I figured he was trying to let sink in what he meant. Finally, he added: “Brother Calvin, we do not know what is promised to us. We all will get our call home at some point. We all know that. Mine could be tomorrow or some time before yours. We just don’t know. That’s why it is important to live our lives uplifting God, doing for others, praising His name.

“It’s natural for you to ask ‘Why me?’ and to be scared. Would you want it to be someone else? Would you wish death on someone else? I’m going to say you wouldn’t. The diagnosis has been made about you, and I would say to look at it as a call from God to touch people. You have time to do that. He could have had you fall dead on the ground where you stand. He has not cursed you by taking your life; He’s blessed you with an opportunity to make a difference in other people’s lives.”

I had not even remotely looked at it that way. I always considered this some sort of punishment or just plain old bad luck.

“Listen,” Rev. Henson added, “you’re going to continue to have moments of despair and fear. It’s natural. I’m not saying to leave here feeling like you’re never going to have issues with this. But you’re in a unique position. An enviable position, believe it or not. You can spend your last days uplifting God, telling people you love how you feel, making a difference. And when the down times come, pray this prayer:

Tears seeped through my closed eyes and down my face. For all I had attempted to resolve in my mind, the spiritual peace gave me a strange mix of fear and stability. I was scared but I felt a new sense of purpose. My borderline depression surely would get me down at times. But I now had something to hold me up when those occasions pulled me down. Before meeting with the pastor, that was my underlying fear: How would I bounce back from the inevitable bouts of feeling sorry for myself?

“So, what kind of cancer is it, if you don’t mind me asking, and what treatments are you taking?”

“It’s a rare form of stomach cancer called intra-abdominal desmoplastic small-round-cell tumor,” I said. It was one of the few times I was technical about its name. “It’s a soft-tissue sarcoma that grows in the stomach. It’s rare and usually is detected in kids and young adults. I’m forty-five, so it’s even more rare.

“Researchers are stumped by it. There’s a five-year survival rate in only fifteen percent of the cases. They give me only a few months, up to six if I’m lucky.”

The pastor shook his head. “And the treatment?”

“Well, the treatment is chemo, chemo, chemo. . . to extend your life a little—maybe. It’s a cancer that can’t be beaten, I’m told. Had more than a few opinions on it. So, I watched my aunt die of cancer. She was less than a hundred pounds by the time the chemo burned through her body. She ‘lived’ probably an extra week, a month or something. But she was not really living. She was in bed, sick, weak, barely conscious. She was not herself. And that’s what the chemo did to her.

“Are you saying you’re not getting any treatment?”

“You’re obviously a smart man and know what you want. I hope you’ve exhausted your opinions and explored all the options.”

I started to cry then. Not for me, but for my child. I breathed to her heartbeat. If anything hurt me through this mess, it was knowing I wouldn’t be with her and knowing how devastated not being here would be for her.

“Maya is everything to me, pastor,” I managed to get out. “I can’t think of her now and not get upset.”

“Our children are like appendages, extensions of us,” Pastor Henson said. “I understand how devastating this can be for you. . . and her. Be an example of courage and strength for her. I think you’re already doing that, but I had to say it anyway. You have to live your life as you see fit. I cannot argue against not getting chemo if there is not real evidence it’s going to make your more comfortable. I’ve seen how it can debilitate. But you’ve got to pray, see a therapist and have you considered natural, holistic remedies? There are people you can see who have what doctors consider radical treatment options because they are not medically approved. But many have found better results that way, at least from a comfort level standpoint.

“If it is God’s will that the disease takes over, then so be it. But, for the sake of extending your life and remaining able to function, the holistic method might be an option to research.”

“Interesting you bring that up because I learned about someone in Atlanta who has an all-natural, holistic program. My daughter found her. I don’t know the specifics, but it’s about cleansing the body of toxins. My Obamacare insurance—which I love, by the way—does not cover it. No insurance does. It’s pricey, but I have 401(k) money that I can dip into.”

“I think you should try something,” the pastor said. “I understand how harsh chemo can be on the body. Maybe the natural option can be more effective and not as invasive.”

We exchanged pleasantries for a few more minutes before I rose from my seat. Pastor Henson moved from behind his desk, came over and hugged me.

“You’re a strong man and you’ve done the right thing by praying to God and placing your faith in Him,” he said. “I’m here at any time to help in any way. Here—these are my home and cell phone numbers. Use them at any time. Any time. God be with you, Brother Calvin. God be with you.”
Excerpted from Seize The Day by Curtis Bunn. Copyright © 2015 by Curtis Bunn. Excerpted by permission of Curtis Bunn/Strebor Books. All rights reserved. No part of this excerpt may be reproduced or reprinted without permission in writing from the publisher.

To Purchase your copy click here or (Kindle) or (Paperback). 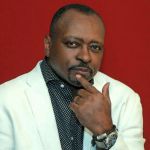 About The Author
Curtis Bunn is an Essence magazine #1 bestselling author and has been featured in many publications, including Black Enterprise, Uptown, and Rolling Out. He has authored six books, and his upcoming release Seize The Day will be his seventh. He is the founder of the National Book Club Conference, an organization that hosts an annual literary event for African-American readers and authors.