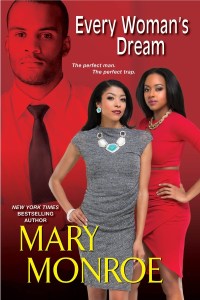 He’s successful, kind, and sensitive—the type of man every woman wants. And truck driver Calvin Ramsey just loves women—especially the lonely, unappreciated ones he meets online, like Lola Poole. His deceitful ex-wife taught him that women really appreciate someone who cares about their deepest feelings and problems. Since Lola always gives more than she gets, Calvin longs to show her the best of everything. And when he gives her the ultimate parting gift, just like he did his wife and all the others, he’ll love Lola best of all…

Lola Poole is so done putting her life on hold for her selfish relatives’ needs. Now thanks to online dating and a sizzling parade of hungry lovers, she and her unhappily-married best friend, Joan, are getting all the sexy fun they missed out on. Even better, handsome, dependable Calvin looks like he might be the whole irresistible potential-husband package. Until oh-so-right starts going all-the-way wrong. And Lola must uncover the truth and take control before this fatal fantasy finishes her…
Release: 5/31/16
Click to purchase: (Kindle), (Hardcover) or (Paperback) 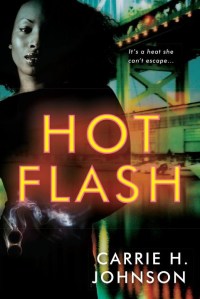 Hot Flash by:Carrie H. Johnson
In this thrilling debut novel from Carrie H. Johnson, one woman with a dangerous job and a volatile past is feeling the heat from all sides…

She sweats every detail as a forensic firearms specialist—and as a forty-something single mother. She’s got more responsibilities than she can count, more baggage than she wants to claim, and way too many regrets. But
Muriel Mabley will do whatever it takes to put Philadelphia’s most vicious killer in lockdown for good…

Until her troubled younger sister in witness protection receives a terrifying warning—and Muriel’s long-time partner, Laughton, reveals he knows more than he should about her and Muriel’s shattered past. And when Laughton’s ex-wife and her new husband turn up dead, his own secrets will send Muriel down a twisted trail of lethal leads, disappeared witnesses, and the ultimate wrenching betrayal…
Release: 5/31/16
Click to purchase: (Kindle) or (Paperback) 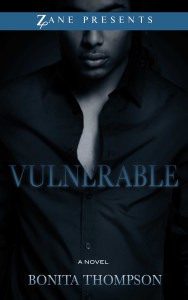 Vulnerable by:Bonita Thompson
In this tale of love and obsession set against a picturesque Seattle backdrop, the lives of four successful thirty-somethings collide in a life-altering moment that transforms loneliness into total destruction.

When Rawn, a schoolteacher, and D’Becca, a supermodel, meet, their electric chemistry leads to a relationship of passion and intimacy that neither anticipates—until Rawn’s seductive friend and colleague Sicily introduces him to emotionally fragile fashion designer Tamara. Sultry, beautiful, and dangerously unstable, Tamara develops a fixation with Rawn that leads to deception and an impulsive act of desperation that irrevocably intertwines four lives. Soon Rawn becomes a person of interest in a murder and the target of a media spectacle. Packed with sexy, page-turning drama, Vulnerable illustrates the complexity of desire and emotion, the weakness in human nature, and the fragility and spontaneity of fate.
Release: 5/31/16
Click to purchase: (Kindle) or (Paperback) 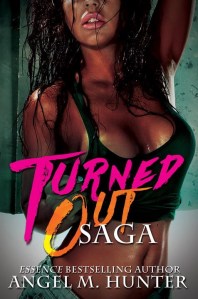 Meanwhile, her friend Alexis is tired of being used, abused, and treated as an afterthought, Alexis decides to explore her wild side. She plans to put aside her beliefs of how a lady should behave and live life according to her pleasures. If it pleases her, she will say it and do it. She’ll be the man in all three of her relationships from this day forward.

One man is in her life for materialistic reasons, the other for sexual exploration, and the third is her eye candy. Before she knows it, the drama begins. She is stalked, arrested, and emotionally drained. Alexis has started a journey that she knows must end; however, she’s become addicted to the excitement of it all and can’t seem to stop.
Release: 5/31/16
Click to purchase: (Kindle) or (Paperback) 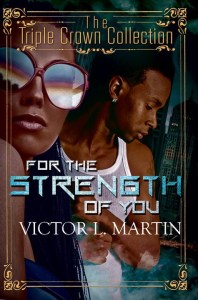 For The Strength of You by:Victor L. Martin
The Dirty-Dirty is runnin’ the game. Fresh out of prison and down for whatever, Anshon is on the grind and ready to roll. Thirsty for street glitz, glamour, and ghetto richness, Anshon never thinks twice about the universal street anthem, ‘‘Mo’ money, mo’ problems.’’

Living life in the fast lane and never learning to ‘‘juice the game slow,’’ Anshon ends up on a downward spiral. What will he do when he can’t be his brother’s keeper anymore; and where will he go when jealousy seems to be taking control? Will he roll over and die, or will his survival instincts run the show? What about when he loses a loved one who begged him to get out of the game? Will he finally listen, chill with his shawtie, and ride off into the sunset, or will he take matters into his own hands?

Join Victor L. Martin as he spins a tale that leaves you to wonder, how could a man who has done so much be treated so unjustly?
Release: 5/31/16
Click to purchase: (Kindle) or (Mass Market Paperback) 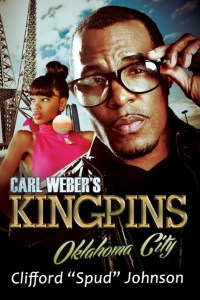 Carl Weber’s Kingpins: Oklahoma City by:Clifford ‘Spud’ Johnson
The Kingpins of Oklahoma City, one from the north side and one from the south side, push pounds of weed, gallons of PCP, and kilos of cocaine through the corridors of the OKC, using very different methods to keep their people in line. King is the leader of the north side crew. Along with his protégé, Tippi, he runs his crew with deadly force. Each member knows there is no room for error when it comes to getting money on the north side. Flamboyant, the leader of the south side crew, is the opposite. His crew is tight out of loyalty, not fear.

King and Flamboyant know nothing of each other, especially the fact that they are both doing business with the same connect. The money is good for all involved, and it’s a win-win situation for Charli and Toni, the suppliers. They keep the reins tight on both leaders, because a war on the streets would be detrimental to their thriving business in Oklahoma City.

Everything goes awry when Flamboyant’s woman, Shayla, becomes torn between her current man and the one who used to rule her universe—King. Once the lines are crossed, there’s no going back, and the war that Charli and Toni are trying to avoid becomes a reality. A love triangle fueled by two men who would gladly give their lives for the woman they love is causing death at an alarming rate. Is Shayla worth losing what these two men have built? In the end, which kingpin of Oklahoma City will remain standing?
Release: 5/31/16
Click to purchase: (Kindle) or (Paperback)

What Books Are You Buying This Week? Comment Below: