While investigating the murder of Brett Myers, homicide detective Alexis Adams finds a possible connection between Myers’ murder and Grant Copeland, the most powerful man in town. Alexis has recently moved back to Tate Valley, California and has never forgotten how Grant ruined her mother’s life.

Alexis becomes sidetracked when the case leads her to Kevin Reed, her first love who still holds a grudge for her leaving nineteen years earlier. Kevin is in line to become CEO of Copeland Enterprises and though Alexis and Kevin clash because of this, they can’t ignore how strong their feelings are for each other.

Alexis has wanted Kevin for years and finally has a second chance at love, but can she let go of her hatred for Grant or will it destroy everything she’s wished for?

Tate Valley Detectives Alexis Adams and Penelope Dao embark on the most bizarre murder case of their careers when rich boy Donovan McCoy is shot to death while trying to rape 18 year-old Rose Malone on the beach just blocks away from Alexis’ home.

Meanwhile, Kevin and Alexis’ relationship turns hotter and heavier, yet the closer they get, Grant remains an obstacle. The couple finds themselves at odds with each other when Alexis uncovers a huge conspiracy that might lead straight to Grant.

Kevin and Alexis are convinced they are lifelong soulmates but will her obsession with Grant destroy their relationship once and for all?

Warning: This book contains a no-BS-heroine, a hot executive who wears his heart on his sleeve, and some steamy don’t-care-if-the-house-burns-down sex!

When Alicia Bellows is found beaten to death behind an abandoned nightclub, Tate Valley, California Detectives Alexis Adams and Penelope Dao are on the case. Alicia’s murder leads them to a host of possible suspects including Alicia’s married lover, and one of her closest friends who might know more about Alicia’s murder than she lets on.

Alexis becomes even more obsessed with getting Grant Copeland while sacrificing her job and relationship with Kevin Reed. Kevin gets jealous of Alexis’ attention on Grant and wonders if she’ll ever move on from the past. The lovers vowed to let nothing keep them apart, but Grant might be too much of a distraction for their romance to survive.

Alexis comes up with a master plan to get Grant to admit his sins, but soon realizes that it won’t be easy to beat the player who invented the game.

A Very Essien Christmas (The Essien Trilogy Book 5) by:Kiru Taye
Catch up with the Essiens as they celebrate Christmas the very Essien way. Find out what’s going on with Felix & Ebony, Mark & Faith, Tony & Rita, Kola & Tari as well as Chief & Mrs Essien. Also get a sneak peek into Freddie’s love life and upcoming story.

As you’ve come to expect from the series, there will be some sexiness and surprises in this saga. Be ready for passion and romance in A Very Essien Christmas.
Release: 12/23/16
Click to purchase: (Kindle)

In high school, Naomi Brooks had a major crush on Lucius Knight—much like every other girl. So it’s oh-so-satisfying to have the sexy corporate raider eager to buy her organic-products company years later. This man doesn’t know how to lose. And he’s making it clear that he wants Naomi’s business as well as her body…

Even when Naomi was a rough-and-tumble tomboy, Lucius was drawn to her. Now that she’s bold, sexy and confident, she’s even more alluring. He’s willing to play dirty to convince her that a liaison can be mutually beneficial in and out of the bedroom. But that gamble, and an explosive family secret, might cost him the only conquest that truly matters: her heart.
Release: 12/20/16
Click to purchase: (Mass Market Paperback) or (Kindle) 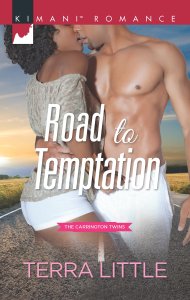 The disappearance of a state politician’s teenage daughter sends missing-persons consultant Elise Carrington into uncharted territory. Especially when the independent PI is forced to partner up with Broderick Cannon, who insists on working the high-profile case his way. As they come to terms with each other, Elise can’t let her intense attraction to the sexy, infuriating former Secret Service agent interfere with their mission.

Joining forces with a beautiful woman on a search and rescue isn’t Broderick’s usual style. But he has his own reasons for signing on, which ups the ante even as he and Elise give in to an overwhelming desire. As they chase down leads across the Midwest, Broderick must confront an unresolved personal tragedy that still haunts him. Will he find the answers he’s looking for? Or will his lonely pursuit of justice cost them a bright future together?
Release: 12/20/16
Click to purchase: (Mass Market Paperback) or (Kindle)

Although they’ve never met, Davia Sands knows all about Kale Asante’s reputation for doing whatever it takes to close a deal. Now a mysterious inheritance is about to turn the longtime business rivals into reluctant partners. The only thing more combustible than their fiercely competitive spirits is the sizzling attraction that ignites the minute Davia lays eyes on the irresistible industrialist.

Snapping up unique properties has made Kale a superstar in the world of international development. But he’s driven by a sense of fairness when he and Davia discover that only one of them is the rightful owner of the Iowa movie theater they both covet. As they search for answers in the small town’s quaint past, severe wintry conditions trap Kale and Davia in close quarters. Will giving in to their big-screen fantasies lead to real heartbreak? Or culminate in a lifetime of pleasure?
Release: 12/20/16
Click to purchase: (Mass Market Paperback) or (Kindle)

Only for You (The Dugrandpres of Charleston) by:Jacquelin Thomas
Back in his arms again

Somewhere deep inside, Jordin DuGrandpre has always been waiting for Ethan Holbrooke to come back to Charleston. He moved away as a teen, breaking all contact—and her young heart. Back then, she had no idea how difficult his family life was. Now she wants to heal the hurt behind his successful, sexy exterior, but Ethan is an expert at keeping people out. Even the one woman he truly wants.

Jordin’s the only part of Ethan’s old life that he hasn’t rejected. He left and made a fortune on his own terms, yet still feels that he doesn’t deserve her. Hiding his emotions from the gorgeous attorney is impossible once desire gives way to molten kisses. But he’ll have to face his past to make room for the healing passion she offers, and the love they’ve both been yearning for…
Release: 12/20/16
Click to purchase: (Mass Market Paperback) or (Kindle)

One Spark of Magic by:Iris Bolling
A dream leads dancer Paige Cartwright to a plane ride that will change her life. The man in the seat across from her sent a spark through her heart. It was him. She knew it without a doubt. She knew her grand mere’s dream had sent her to meet the man she was to marry.

Jarrett Bryson is a star. Not just on the baseball field, but in life as well. He has it all, money, fame, and women. Yet, there was something about the woman in the seat across from him.

Love and laughter enter their lives, but jealousy rears its ugly head in ways neither anticipates. Will Jarrett and Paige survive? It all comes down to One Spark of Magic.
Release: 12/20/16
Click to purchase: (Kindle)

Ronaysha is dealing with a bad break up when her baby daddy chooses the side chick over her, leaving her pregnant and alone until a young thug steps in and begins the strenuous task of chipping away at the icebox she calls her heart. Dealing with his age difference and the feeling that he’ll break her heart just like every man before him she tries her best to stay away. That is until she has no choice but to deal with him daily. Soon she finds out that she can’t live without him even if she tried.

Persian has finally found the woman of his dreams. She’s young, ambitious and domestic, all the qualities his mother had when he was growing up. Helping her raise her daughter he’s ready to put a ring on it and come after a long day of running the streets until she portrays him causing everything he established to fall. Persian battles with staying or dropping her back in the middle of the hood where he found her.

Breya is the feisty, tomboy best friend of Ronaysha. She dressed like a dude on a daily basis but there was only one man that could say he had her heart. Dre could talk the panties off of any woman, but even after all of the sleeping around he did it was her that had him finally ready to settle down. Breya always felt like Dre was the one until a secret hits her in the face and forces her to make a decision for the team.

Is it love or is it just a crush? Whatever it is though could cause it to be the deciding factor when it comes down to life or death.
Release: 12/20/16
Click to purchase: (Kindle) 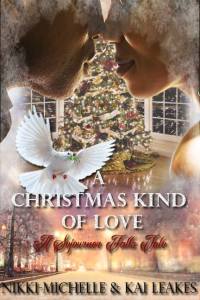