Hospitals weren’t usually happy places, especially the Wilson Medical Center ICU where many of the patients were hovering near death’s door and a pall of sickness seemed to hang over every surface. But today the ICU staff at least tried to be festive in honor of the new nurse’s birthday. Meredith, the plump nurse with the springy red curls and freckles, was turning thirty. The other nurses figured the big 3-0 deserved, at minimum, a small party in their break room. They had even brought a cake and candles for her. One of the nurses, Rhonda, had brought balloons and streamers that were left over from her nephew’s birthday earlier that week. By the time they had finished decorating that sad-looking room with its bare white walls, lone microwave, coffee maker, and two tables, it looked like a completely different place. A small two-tiered cake sat at the center of one of the tables on a cotton bed sheet they used as a makeshift tablecloth.

They decided to hold the party mid-day when visiting hours were at a lull since many of the patients’ families would leave to eat lunch and return in an hour or so to stand vigil at their loved ones’ bedsides. The five nurses on that shift had agreed to take turns at the front desk and keep an ear out for buzzing from patients’ rooms, though most of patients were so sedated they wouldn’t be buzzing anything. Not Mr. J. Hinkler in Room 402 who was dying of cirrhosis of the liver, or Mrs. C. Reynolds in Room 410 who had suffered multiple strokes and was now little more than a vegetable connected to a respirator, and certainly not Mr. D. Turner in Room 406.

Turner was the youngest patient in the ICU, and if it wasn’t for the gunshot wound to the stomach that he had suffered a week ago, he probably wouldn’t have found himself in the ward at all. He looked fit and handsome. The nurses had speculated that he had been quite the heartbreaker before the shooting. A few of them had even whispered about his six-pack abs and muscular arms, and admired and giggled about another appendage they had noticed while changing the dressing on his wound.

“No wonder his name is Dante,” Rhonda had murmured ruefully as she pointed to his bare crotch. “A man that fine wielding that thing could certainly drag a girl through hell and back!”

But Mr. Turner wouldn’t be putting any women through hell and breaking any hearts any time soon. He remained heavily sedated while his body repaired itself. And unlike the other patients, he’d had little to no visitors in his room.

Nurse Kelly took the first shift while the rest attended Meredith’s birthday party. She glanced through the glass doors of each hospital room, including Mr. Turner’s, as she walked from the break room to the front desk, carrying her slice of carrot cake. She passed an old woman who gave her a wan smile before entering Room 403.

“Good afternoon,” Mrs. O’Shea said as she dragged a chair towards the bed to sit next to her husband who was dying of end-stage lung cancer.

A minute later, Kelly plopped into her rollaway chair and dug into her carrot cake, finishing the entire slice in less than three minutes and licking the remaining icing off the plastic fork tongs and the tips of her fingers. She looked longingly at her empty paper plate. She could use a second slice.

A moment on the lips, a lifetime on the hips, she thought, glancing down at her wide hips that were encased in blue scrubs. She had been trying to lose her last 10 pounds of baby weight for ages. Plus, she was supposed to be manning the front desk while the other nurses were at the birthday party.
But then Kelly ran her tongue over her lips, tasting the remains of the cream cheese icing and she almost shuddered in ecstasy. She remembered how fluffy the cake itself had been, how the bits of carrot had been so crisp.

“Just one more,” she mumbled rising from the chair. “I’ll be quick.”

With the exception of Mrs. O’Shea, it was dead as a door nail around the ward—no pun intended. None of the patients would miss her.

It was just seconds after Kelly walked out of the break room and plunged her fork into her second slice of carrot cake that she heard the alarm, a piercing beep to alert them at the nursing station that a patient was in distress. She rushed down the corridor, still holding her plate of cake in one hand and fork in the other, wondering if it was Mrs. Reynolds or poor Mr. O’Shea.

That’s when she spotted something black jump out of Room 406 and flash past her, like a wraith in a horror movie. 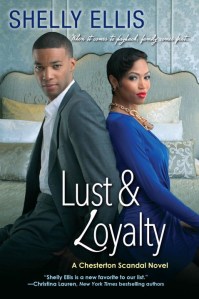 She screamed and dropped her cake and fork to the floor. It was only after a few blinks that she realized it wasn’t some ghost that had flown out the room, but a person—a living, breathing person dressed head-to-toe in a black hoodie, cap, and sweatpants who was racing with breakneck speed down the hospital hallway.

“Hey!” she shouted after him—or her. She couldn’t tell the sex of the person at this distance. “Hey, what were you—”

Her words died on her lips when the person slammed into the metal doors, shoving them open and disappearing into the adjoining hall. The door slammed shut behind them.

Kelly began to give chase but paused near Room 406 when she caught something out of the corner of her eye. She looked and saw a pillow slumped on the linoleum floor. Her eyes raised and she saw Mr. Turner. His head was now tilted to the side instead of sitting forward and upright in its proper position, and it looked like his breathing tube had been partially removed. The white tape below his nose now flapped limply, revealing the peach fuzz above his lip. His mouth hung open like a catfish on a slab of ice.

“Oh, God,” she whispered, feeling the carrot cake and bile rise in her throat as she realized what had happened. She rushed into the room and heard thunderous footsteps behind her as the other nurses and doctors came to assist.

It looked like someone had tried to kill Dante Turner—again.
Release: 3/28/17
Click to purchase: (Kindle) or (Paperback)
Excerpted from Lust & Loyalty by Shelly Ellis Copyright © 2017 by Shelly Ellis. Excerpted by permission of Kensington Books. All rights reserved. No part of this excerpt may be reproduced or reprinted without permission in writing from the publisher.