A Kind of Freeman by:Margaret Wilkerson Sexton
Evelyn is a Creole woman who comes of age in New Orleans at the height of World War II. Her family inhabits the upper echelon of Black society, and when she falls for no-account Renard, she is forced to choose between her life of privilege and the man she loves.

In 1982, Evelyn’s daughter, Jackie, is a frazzled single mother grappling with her absent husband’s drug addiction. Just as she comes to terms with his abandoning the family, he returns, ready to resume their old life. Jackie must decide if the promise of her husband is worth the near certainty he’ll leave again.

Jackie’s son, T.C., loves the creative process of growing marijuana more than the weed itself. He was a square before Hurricane Katrina, but the New Orleans he knew didn’t survive the storm. Fresh out of a four-month stint for drug charges, T.C. decides to start over—until an old friend convinces him to stake his new beginning on one last deal.

For Evelyn, Jim Crow is an ongoing reality, and in its wake new threats spring up to haunt her descendants. A Kind of Freedom is an urgent novel that explores the legacy of racial disparity in the South through a poignant and redemptive family history.
Release: 8/15/17
Click to purchase: (Kindle), (Hardcover), (Audible), (Audio Book) 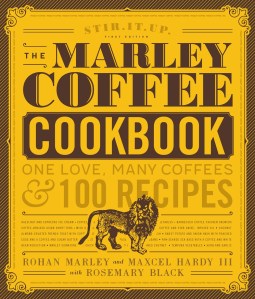 Rohan Marley kicks off each chapter of The Marley Coffee Cookbook, offering anecdotes about growing up as the son of legendary musician Bob Marley, who to this day is revered by music lovers young and old. Many chapter names reference Bob Marley’s music, and a chapter of vegetarian recipes starts like this: “One Love is one of my father’s biggest songs, and I wanted the coffee that I named One Love not just to be a standout single origin coffee, but to really resonate with people.”

Chef Maxcel Hardy’s flawless recipes and expert guidance on the best way to infuse a dish with coffee flavor make this book a very special addition to any cookbook collection. From the vantage point of a chef, Hardy speaks to the importance of choosing a particular coffee to harmonize with certain foods, and he shows how easy it is to use coffee in a way that it brings out the best in everything from savory dishes to sweet treats.

There’s a strong coffee connection for each dish, whether it is infused with a mocha theme or it rocks an espresso flavor. These are dishes you’re unlikely to find in many other places: sweet potato waffles with a pecan coffee syrup, grilled salmon with a coffee, maple, and ginger glaze, fried plantains with coffee sugar, coffee spice blend-marinated lamb ribs with guava BBQ sauce are just some examples of Hardy’s imaginative recipes.
Release: 8/15/17
Click to purchase: (Kindle) or (Hardcover) 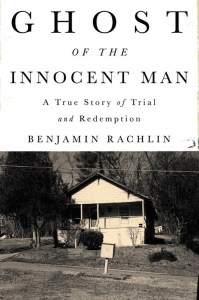 When the final gavel clapped in a rural southern courtroom in the summer of 1988, Willie J. Grimes, a gentle spirit with no record of violence, was shocked and devastated to be convicted of first-degree rape and sentenced to life imprisonment. Here is the story of this everyman and his extraordinary quarter-century-long journey to freedom, told in breathtaking and sympathetic detail, from the botched evidence and suspect testimony that led to his incarceration to the tireless efforts to prove his innocence and the identity of the true perpetrator. These were spearheaded by his relentless champion, Christine Mumma, a cofounder of North Carolina’s Innocence Inquiry Commission. That commission-unprecedented at its inception in 2006-remains a model organization unlike any other in the country, and one now responsible for a growing number of exonerations.

With meticulous, prismatic research and pulse-quickening prose, Benjamin Rachlin presents one man’s tragedy and triumph. The jarring and unsettling truth is that the story of Willie J. Grimes, for all its outrage, dignity, and grace, is not a unique travesty. But through the harrowing and suspenseful account of one life, told from the inside, we experience the full horror of wrongful conviction on a national scale. Ghost of the Innocent Man is both rare and essential, a masterwork of empathy. The book offers a profound reckoning not only with the shortcomings of our criminal justice system but also with its possibilities for redemption.
Release: 8/15/17
Click to purchase: (Kindle) or (Hardcover) 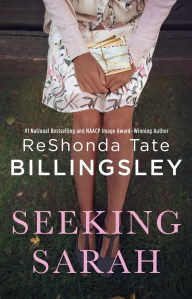 From the time Brooke Green was seven years old, she has lived with the pain of losing her mother. Her father has done the best job he could in raising her, but a piece of her always felt empty. On the day of her father’s funeral, her grandmother breaks the shocking news: her mother, Sarah, is very much alive. She abandoned her family because she claimed she wasn’t fit for motherhood. After doing some research, Brooke discovers her mother is living in Atlanta, enjoying a great career…and a brand new family. Stunned, Brooke doesn’t know if she wants answers or revenge against the mother who abandoned her. When she meets Sarah’s husband, Tony, Brooke sees the perfect way to make her mother pay. But her plan for revenge just may leave everyone in danger, and end up costing Brooke more than she ever bargained for.
Release: 8/15/17
Click to purchase: (Kindle) or (Paperback) 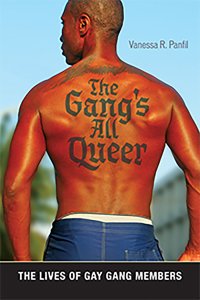 The Gang’s All Queer by:Vanessa R. Panfil
The first inside look at gay gang members.

Many people believe that gangs are made up of violent thugs who are in and out of jail, and who are hyper-masculine and heterosexual. In The Gang’s All Queer, Vanessa Panfil introduces us to a different world. Meet gay gang members – sometimes referred to in popular culture as “homo thugs” – whose gay identity complicates criminology’s portrayal and representation of gangs, gang members, and gang life. In vivid detail, Panfil provides an in-depth understanding of how gay gang members construct and negotiate both masculine and gay identities through crime and gang membership.

The Gang’s All Queer draws from interviews with over 50 gay gang- and crime-involved young men in Columbus, Ohio, the majority of whom are men of color in their late teens and early twenties, as well as on-the-ground ethnographic fieldwork with men who are in gay, hybrid, and straight gangs. Panfil provides an eye-opening portrait of how even members of straight gangs are connected to a same-sex oriented underground world.

Most of these young men still present a traditionally masculine persona and voice deeply-held affection for their fellow gang members. They also fight with their enemies, many of whom are in rival gay gangs. Most come from impoverished, ‘rough’ neighborhoods, and seek to defy negative stereotypes of gay and Black men as deadbeats, though sometimes through illegal activity. Some are still closeted to their fellow gang members and families, yet others fight to defend members of the gay community, even those who they deem to be “fags,” despite distaste for these flamboyant members of the community. And some perform in drag shows or sell sex to survive.

The Gang’s All Queer poignantly illustrates how these men both respond to and resist societal marginalization. Timely, powerful, and engaging, this book will challenge us to think differently about gangs, gay men, and urban life.
Release: 8/15/17
Click to purchase: (Kindle) or (Paperback) 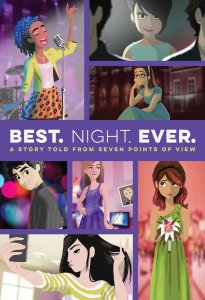 Best. Night. Ever. by:Rachele Alphine
Love Actually meets Adventures in Babysitting in this hilarious novel written by seven authors about seven classmates who are preparing for a crazy night at their middle school dance.

Lynnfield Middle School is prepped and ready for a dance to remember, including an awesome performance from Heart Grenade, the all-girl band who recently won a Battle of the Bands contest. Seven classmates—Carmen, Genevieve, Tess, Ryan, Ellie, Ashlyn, and Jade—intend to make the most of the night…or at least the five of them who are able to attend do. The other two would sacrifice almost anything to be there.

One thing’s for sure—this entire crew is in for one epic night! Gail Nall, Dee Romito, Rachele Alpine, Ronni Arno, Alison Cherry, Stephanie Faris, and Jen Malone have created a charming, hilarious, and relatable novel that’s perfect for anyone who can’t wait to dance the night away.
Release: 8/15/17
Click to purchase: (Kindle) or (Hardcover)

Discerning the Voice of God – Bible Study Book – Revised: How to Recognize When God Speaks by:Priscilla Shirer
A decade ago, Priscilla Shirer authored Discerning the Voice of God, and since then God has continued to grow, teach, and challenge her in her walk with Him. This revised and expanded edition reflects that growth through new stories, illustrations, and exercises.

Through 7 sessions, discover the root to clear and daily communication with God—humble obedience. Learn how surrender unlocks His many blessings intended for us, centers us in His will, and helps us discern His voice in everyday life.

Features:
All-new interactive teaching videos approximately 30-40 minutes per session available for rent or purchase
Leader tips in the back of the Bible Study Book
In-depth stories and illustrations
Personal study to be completed among the 7 group sessions
Articles and insights from Dr. Tony Evans
Exercises to equip you post-study
Benefits:
Challenge yourself in the discipline of daily Bible study.
Gain practical advice for knowing and understanding God’s voice through His Word.
Learn to recognize the Holy Spirit’s character, language, and tone of voice.
Experience a deeper relationship with God, and strengthen your daily walk with Him.
Release: 8/15/17
Click to purchase: (Paperback)