The Texas rancher and navy SEAL who fathered Bristol Lockett’s son died a hero’s death…or so she was told. Yet when Laramie “Coop” Cooper strolls into her exhibit at an art gallery three years later, he’s very much alive—and still making her pulse zing. The all-consuming chemistry between them is as undeniable now as it was then, but Bristol won’t risk her heart—or their son’s. Little does Bristol know he’s determined to win over his unexpected family at any cost!
Release: 12/5/17
Click to purchase: (Kindle), (Mass Market Paperback), (Audiobook), (Audio CD) 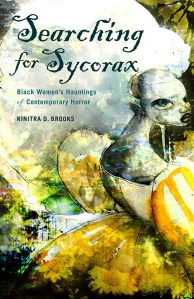 Searching for Sycorax by:Kinitra D. Brooks
Searching for Sycorax highlights the unique position of Black women in horror as both characters and creators. Kinitra D. Brooks creates a racially gendered critical analysis of African diasporic women, challenging the horror genre’s historic themes and interrogating forms of literature that have often been ignored by Black feminist theory. Brooks examines the works of women across the African diaspora, from Haiti, Trinidad, and Jamaica, to England and the United States, looking at new and canonized horror texts by Nalo Hopkinson, NK Jemisin, Gloria Naylor, and Chesya Burke. These Black women fiction writers take advantage of horror’s ability to highlight U.S. white dominant cultural anxieties by using Africana folklore to revise horror’s semiotics within their own imaginary. Ultimately, Brooks compares the legacy of Shakespeare’s Sycorax (of The Tempest) to Black women writers themselves, who, deprived of mainstream access to self-articulation, nevertheless influence the trajectory of horror criticism by forcing the genre to de-centralize whiteness and maleness.
Release: 12/7/17
Click to purchase: (Kindle), (Hardcover), (Paperback)

Goddess of Anarchy by:Jacqueline Jones
From a prize-winning historian, a new portrait of an extraordinary activist and the turbulent age in which she lived.

Goddess of Anarchy recounts the formidable life of the militant writer, orator, and agitator Lucy Parsons. Born to an enslaved woman in Virginia in 1851 and raised in Texas-where she met her husband, the Haymarket “martyr” Albert Parsons-Lucy was a fearless advocate of First Amendment rights, a champion of the working classes, and one of the most prominent figures of African descent of her era. And yet, her life was riddled with contradictions-she advocated violence without apology, concocted a Hispanic-Indian identity for herself, and ignored the plight of African Americans.

Drawing on a wealth of new sources, Jacqueline Jones presents not only the exceptional life of the famous American-born anarchist but also an authoritative account of her times-from slavery through the Great Depression.
Release: 12/5/17
Click to purchase: (Kindle) or (Hardcover)

Little Leaders by:Vashti Harrison
This beautifully illustrated book introduces reader of all ages to 40 women who changed the world.

Among these biographies, readers will find heroes, role models, and everyday women who did extraordinary things – bold women whose actions and beliefs contributed to making the world better for generations of girls and women to come. Whether they were putting pen to paper, soaring through the air or speaking up for the rights of others, the women profiled in these pages were all taking a stand against a world that didn’t always accept them.

The leaders in this book may be little, but they all did something big and amazing, inspiring generations to come.
Release: 12/5/17
Click to purchase: (Kindle), (Hardcover), (Audio CD)

Jovie and London have a lot in common: Both are single creative souls. They’ve already spent New Year’s Eve together, but thanks to a broken heart and a lot of alcohol, London does not recall their first meeting. And as London pursues Jovie, he can’t help but get caught up in her unique essence and finds it impossible to stay away. Unfortunately, with Jovie comes Jada, her cocky, disrespectful identical twin, who is hell-bent on destroying their newfound relationship. Dangerously in Love is a steamy love triangle showcasing the “authenticity to Crystal’s voice” (Essence).
Release: 12/4/17
Click to purchase: (Kindle)

Whatever It Takes by:Tu-Shonda L. Whitaker
Bestselling author Tu-Shonda Whitaker has penned a witty and sizzling romance that will leave you begging for more.

India Parker has gotten to the point in her life where she accepts she will always be alone. All of that changes, however, when her best girlfriend asks her for help in catching her husband cheating on camera.

When India returns the camera, she comes across pictures of Devin, her friend’s twenty-three-year-old son. Only he’s not a boy anymore, and he wants to prove to India that he’s man enough for her. This sexy novella shows that “Tu-Shonda Whitaker just keeps getting better and better” (T. Styles).
Release: 12/4/17
Click to purchase: (Kindle) 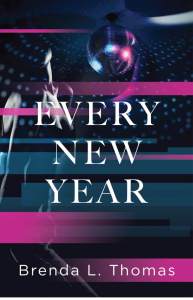 New Year’s Eve is the one night of the year when the line between old and new blurs, when fantasy can become reality, and every woman is given the opportunity to reinvent herself. But in Every New Year, New Year’s Eve turns tragic when a shoot-out lands a respected doctor in the hospital with a bad case of amnesia—and in the care of a man too sexy to resist.
Release: 12/4/17
Click to purchase: (Kindle)

Gina seems to have it all: a great job, her own house, her own car, and a steady boyfriend. The only problem is she’s in Philadelphia, and Chris, her long distance boo, lives in Washington, DC. They’ve been dating for a year, and Gina is finding it harder and harder to come home to an empty bed. But she and Chris just can’t find the time to be together. Khalil, her best friend and roomie’s ex, however, might be able to show her just what she’s missing…
Release: 12/4/17
Click to purchase: (Kindle)

Dirty Work-Part 1 by:Erica Hilton
Poisoned Pawn
Harlem brothers, Kip and Kid Kane, are like night and day. While Kip is with his stick-up crew hitting ballers and shot-callers, the wheelchair-bound Kid is busy winning chess tournaments and being a genius.

Kip’s ex, Eshon, and her girls, Jessica and Brandy, put in work for Kip’s crew as the E and J Brandy bitches. Eshon wants Kip, but Kip is always focused on the next heist–the next big come-up.

When given an assignment by the quirky Egyptian kingpin, Maserati Meek, Kip jumps at the chance to level up to bigger scores. While doing Maserati Meek’s Dirty Work, Kip and his crew find that doing business with crazy pays handsomely. But at what cost? Insanity leads to widespread warfare, and the last man standing will have to take down the warlord.
Release: 12/5/17
Click to purchase: (Kindle) or (Paperback)

Growing up in one of the poorest neighborhoods of South Central Los Angeles, Tiffany learned to survive by making people laugh. If she could do that, then her classmates would let her copy their homework, the other foster kids she lived with wouldn’t beat her up, and she might even get a boyfriend. Or at least she could make enough money—as the paid school mascot and in-demand Bar Mitzvah hype woman—to get her hair and nails done, so then she might get a boyfriend.

None of that worked (and she’s still single), but it allowed Tiffany to imagine a place for herself where she could do something she loved for a living: comedy.

Tiffany can’t avoid being funny—it’s just who she is, whether she’s plotting shocking, jaw-dropping revenge on an ex-boyfriend or learning how to handle her newfound fame despite still having a broke person’s mind-set. Finally poised to become a household name, she recounts with heart and humor how she came from nothing and nowhere to achieve her dreams by owning, sharing, and using her pain to heal others.
By turns hilarious, filthy, and brutally honest, The Last Black Unicorn shows the world who Tiffany Haddish really is—humble, grateful, down-to-earth, and funny as hell. And now, she’s ready to inspire others through the power of laughter.
Release: 12/5/17
Click to purchase: (Kindle), (Hardcover), (Paperback), (Audiobook) 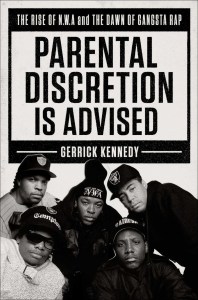 Parental Discretion Is Advised by:Gerrick Kennedy
Discover the stunning rise, fall, and legacy of N.W.A, one of America’s most revered and iconic enduring music groups, who put their stamp on pop culture, black culture, and who changed hip-hop music forever in this comprehensive and authoritative work of music journalism.

In 1986, a rap group was formed that would establish the foundation of gangsta rap and push the genre forward, electrifying fans with their visceral and profane lyrics that sensationalized street life and brazenly challenged the police system.

Comprised of Eazy-E, Dr. Dre, Ice Cube, MC Ren, and DJ Yella, the group’s multi-platinum success was aided, and at times tarnished, by its brash swagger and conflicts with legal and business establishments. During their five years together, N.W.A managed to put West Coast hip-hop on the map and mint groundbreaking superstars out of Eazy, Dre, and Cube, ushering in a new genre of rap that included Tupac, Snoop Dogg, and the Notorious B.I.G.

Going beyond the story portrayed in the 2015 blockbuster movie Straight Outta Compton, through firsthand interviews, extensive research, and top-notch storytelling, Los Angeles Times music reporter Gerrick Kennedy transports readers back in time to offer a front-row seat to the drama and controversy that followed N.W.A as they rose to become a music sensation. Kennedy leaves nothing off the table in his pursuit of the full story behind the group’s most pivotal moments, such as Ice Cube’s decision to go solo after their debut studio album became a smash hit; their battle with the FBI over inflammatory lyrics; incidents of physical assault; Dr. Dre’s departure from the group to form Death Row Records with Suge Knight; their impact on the 1992 L.A. riots; Eazy-E’s battle with AIDS; plus more.

A bold and riveting work of music journalism, Parental Discretion Is Advised unveils the true and astonishing history of one of the most transcendent and controversial musical groups of the 1980s and 1990s.
Release: 12/5/17
Click to purchase: (Kindle) or (Hardcover)